Tinsel is being strung up all over the nation, the John Lewis advert is everywhere, and The Pogues are on Radio 1. It can only mean one thing - it’s Christmaaaaas! For those of us in the retail industry, there’s no escaping the stresses that peak brings during 9-to-5. Yet, when we leave the office, we’re all buzzing for the Christmas party and are on the hunt for the perfect party outfit. This leads us to navigate the labyrinth of eCommerce websites and their various Black Friday and Christmas deals.

Every year the Black Friday deals start earlier and earlier (an absolute win for shoppers). Last year IMRG tracked the offers of 260 retailers throughout November and found that 44 had activated their deals a whole week ahead of the big day. This year that figure has almost doubled, with 87/300 retailers jumping on the bandwagon early and by Monday 25th November, a staggering 152 retailers had their ‘Black Friday’ deals underway.

With 87% of consumers planning to spend more than they did last year, we’re not surprised to see retailers trying to cash-in early by starting their Black Friday promotions weeks before Thanksgiving rolls round. This year Black Friday itself falls later in the month, so any retailers hanging on to launch flash sales on the 29th November only leave themselves a small gap to fulfill orders and await returns before Christmas.

In the world of online fast fashion, the ‘buy first, choose later’ mentality is commonplace amongst shoppers. Try-before-you-buy schemes, in-session upsells and slashed prices in seasonal sales all encourage shoppers to load their baskets with multiple items to try on at home, and return any that don’t meet their expectations. If managed properly, returns can be an asset for retailers to increase sales, but if left uncontrolled, the costs could quickly spiral out of control.

It is estimated that as many as 50 million items bought online will be returned in 2020 alone, and this is most prevalent at this time of year as all eyes are on the increased returns volumes. This year we’re predicting the eCommerce returns bill over peak to be as high as £2.6 billion, with the fashion industry facing a £457 million impact over the Black Friday weekend alone. So for retailers looking to cash-in on the seasonal sales and remain ‘in-the-black’ (that is how Black Friday gets its name after all), there’s some work to be done to make sure they’re adequately prepared for the returns coming their way.

This ‘buy first, choose later’ mentality does of course have an environmental cost to it too. While retailers can recoup much of their returns costs by reselling items, the cost to the planet is one much harder to recover from. In 2017 a whopping £3.5 billion was spent on Christmas party clothes, with £8 million of it ending up in landfill after just one wear. But awareness of these unsustainable shopping habits does seem to be spreading despite the rampant consumerism at Christmas. Some brands are even urging shoppers to buck the trend to “make friday green again” with more than 300 clothing brands asking shoppers to boycott Black Friday sales for environmental reasons.

So what can we do to change returns practices?

There's a culture of blame around returns - retailers blaming shoppers for needing to return in the first place because in their eyes that is a failed sale. Shoppers are also blamed for being too demanding and expecting free returns, which of course are never actually free. Retailers need to look at how they could be inadvertently driving up their own returns rate due to a lack of returns data. For example, we can learn a lot from simply scrutinising return reasons. Is a certain product being returned frequently because it’s faulty? If so, this is vital information to feed into your manufacturing teams to help fix the problem at the source rather than continuing to sell damaged products which are destined for a return - or the bin.

It’s not uncommon for retailers to become snowed under trying to fulfill outbound shipments over the Christmas period, leaving returns to fall by the wayside. However, processing returns as they come through the door can have a real benefit for retailers. Fast return processing enables retailers to get products back on sale quicker, increasing the chances of securing the final sale while the product is still in season and can be sold at full price. Having full insight in to what is being returned, why, and when it will arrive will allow retailers to plan warehouse resources effectively and process returns faster, crucially shortening that return to resale time.

It’s time retailers understand that a sale isn’t a sale until the customer decides to keep it, so they now need to shift their focus on playing for the keep, not just the initial conversion. With bonkers Black Friday discounts and endless impulse buys (often encouraged by the retailer), retailers need to recognise the impact this is having to drive up unnecessary returns. Of course, as online shoppers, we need to remember that there is no such thing as a ‘free’ return. Whilst your order confirmation might say it only cost you £59.99, if it took you 15 outfits, multiple orders and several returns to find ‘the one’ the actual cost is much higher.

Are you ready to seize the returns opportunity in 2020?

We Were Live Blogging From The Returns Revolution 2019!

Playing For The Keep: Why Marketers Need To Embrace The Returns Opportunity

The Returns Revolution is back with a bang!

How To: Start Building A Business Case For Returns

Rising Returns: They're not always something to fear 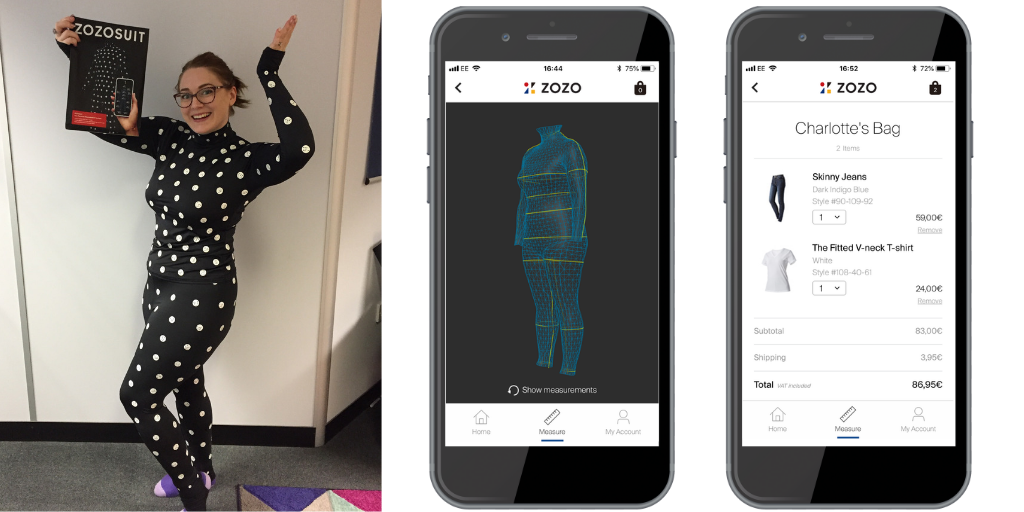